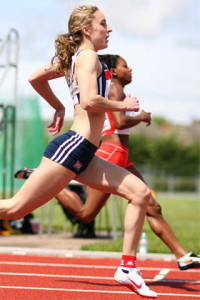 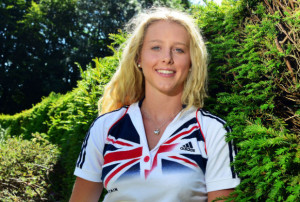 BRISTOL & West AC athletes Emily Diamond and Lucy Bryan have both been named in the Great Britain team for the European Track & Field Championships in Berlin next month.

Olympian Diamond, who helped GB win relay gold at the World Championships in London last year, will again contest the 4x400m relay but has been left out of the individual one-lap race as she is currently sixth on the UK Rankings.

Former Easy Runner athlete of the month winner Bryan, who is currently on a scholarship at Akron University, is one of three women selected for the pole vault.

Bryan was third in the European Under 23 Championships last summer and made her GB senior debut when still a junior four years ago.

Coincidentally her pole vault team-mate Molly Caudery, who is a member of Cornwall AC, is the youngest member of the team at 18 and will be making her GB senior debut although she also represented England at the Commonwealth Games earlier this year.

The wets trio are among 102 athletes selected for the European Championships in Berlin from August 6-12, the biggest team sent to a major championships in the modern era.

“I am delighted to confirm the 102 athletes chosen to compete for Great Britain & Northern Ireland at the European Championships in Berlin next month,” said British Athletics Performance Director Neil Black.

“The standard of performances from British athletes since the Commonwealth Games in April has been extremely high and therefore competition for places to Berlin has been more competitive than ever. This is a huge opportunity for athletes to demonstrate form ahead of two global championship summers.

“It is fantastic that for the first time ever more women than men have been selected and this underlines further that athletics is a truly equal sport.

“The team is our largest for over 100 years and we look forward to watching them thrive under the spotlight of a major championships.

“These European Championships are an important marker on the road to the Tokyo 2020 Olympic Games and we expect to be competing for medals at every turn.”

Finally, this year’s event marks the first time that seven sports have joined their respective European Championships into one multi-sport event with the athletics programme taking place in Berlin, and the sports of swimming, cycling, rowing, triathlon, golf and gymnastics being hosted in Glasgow.