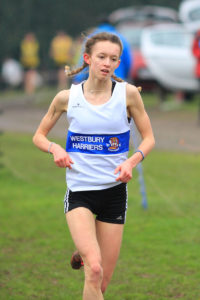 ELLIE Wallace raced to arguably the best win of her young career as she raced to victory at the latest British Athletics Cross Challenge fixture in Antrim, Northern Ireland.

Victory represents a terrific result for Ellie, who is coached by Steve Hollier. Earlier this winter she was 30th in the British Challenge at Liverpool which she followed u with victory in the Tri-Counties Championships at Bath University.

As for the British Challenge series it was her first win. Previously Ellie had finished third in the under 15 girls’ race at Bristol in 2012 and then seventh in Liverpool a month later.

As an under 13 girl Ellie was runner-up in Bristol in 2011 so she has waited a long time and worked extremely hard to finally secure her first victory – and much deserved it is.