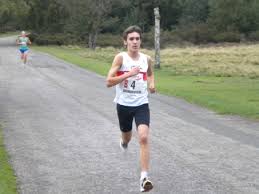 ZAC Tobias has made an encouraging start to his marathon career.

The Bristol & West AC runner, who is currently studying in Spain, clocked 2hrs 23mins 28secs to finish 32nd on his debut in the Valencia Marathon last weekend.

The debut completes a good year for the 22-year-old  as he has also ran PBs over 10k (31:21) and half marathon (68:10) while in Spain which puts him 12th and fourth respectively on the South West lists.