Only once in the previous 14 years since the club was re-formed have the men made the podium in this event which is highly competitive, winning a set of bronze medals in 2006. 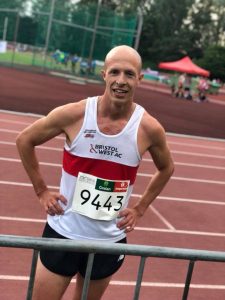 Down admits that the team for today’s event looks unlikely to challenge that statistic but has enough abut it to aim for a top ten finish.

“This year’s race presents an even more daunting prospect for our team after having finished only fifth in the area championship that we had won in the three previous years,” said Down. 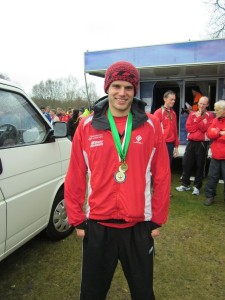 “But having said that only Steve, Mike and Harry of that number will be in our line-up on Saturday. The harsh reality is that to have any chance of a top six place you need to average 18 mins per stage.

“In the Midland event our average was half a minute slower than that, so we have a mountain to climb to match that sort of target.

“As a general rule of thumb one finds that most of one’s  runners, weather permitting, tend to better their Midland times by between 10 and 20 seconds. but even if our runners achieve that on Saturday it suggests a place in the top 10 is realistically the best we can hope for. That certainly must be our target.”