IT is sad to report that another great west race has fallen by the wayside.

Thirty-nine years after it was founded the Bath Hilly 10 miles road race, which was due to be held this month, has been cancelled by Team Bath AC and at present won’t be returning to the calendar.

“The turn-out was very low last year (there were 42 finishers) and with the ever increasing cost of putting a race on we were left with little choice but to cancel the event,” said club chairman Dave Coales (pictured right). 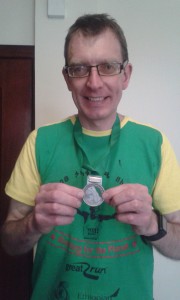 Perhaps it is the modern curse of runners seeking personal bests courses above all else or maybe a reflection of the decline of the distance with the over-whelming fixation of 10 and half marathon races but the loss of the Hilly 10 is a blow to the west country calendar.

So it was never the fastest course – the clue is in the title – but held over a one-lap course on country roads through beautiful countryside it was a great challenge and experience.

And in years gone by when there were less road races available and it still attracted a decent club entry there were some impressive times recorded on the course.

Indeed, the men’s record belongs – and will forever stay that way – to Ian Ray of Salisbury who won the race in a blis