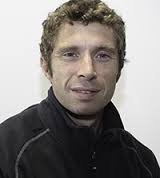 JAMES Thie’s growing reputation as a top class distance coach has been reflected by the selection of one of his athletes to take part in the first ever IAU 50k World Championships.

Thie, who was born and bred in Clevedon and is a former member of Westbury Harriers, was delighted to hear that 24-year-old Michael Kallenberg of Cardiff AC has been named alongside Mike Crawley in the men’s team.

The only woman in the squad to travel to Doha for the race on Friday December 4th is Georgie Bruinvels of Aldershot, Farnham & District.