REBECCA Hilland was today named in the Great Britain team for the European Mountain Running Championships in Italy next month. 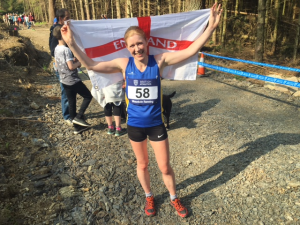 “I still can’t quite believe the outcome but haven’t stopped smiling since!” said Hilland, who is a doctor.

Hilland flew over from her home in Norway for the event and surprised the home-base specialists with an emphatic victory in the event which also incorporated the inaugural English Mountain Running Championships.

The former Bath High School student finished almost a minute ahead of her closest competitor Heidi Dent, WMRA World Cup champion Sarah Tunstall finishing strongly to take third place and admitted afterwards that the win had surprised ever her.