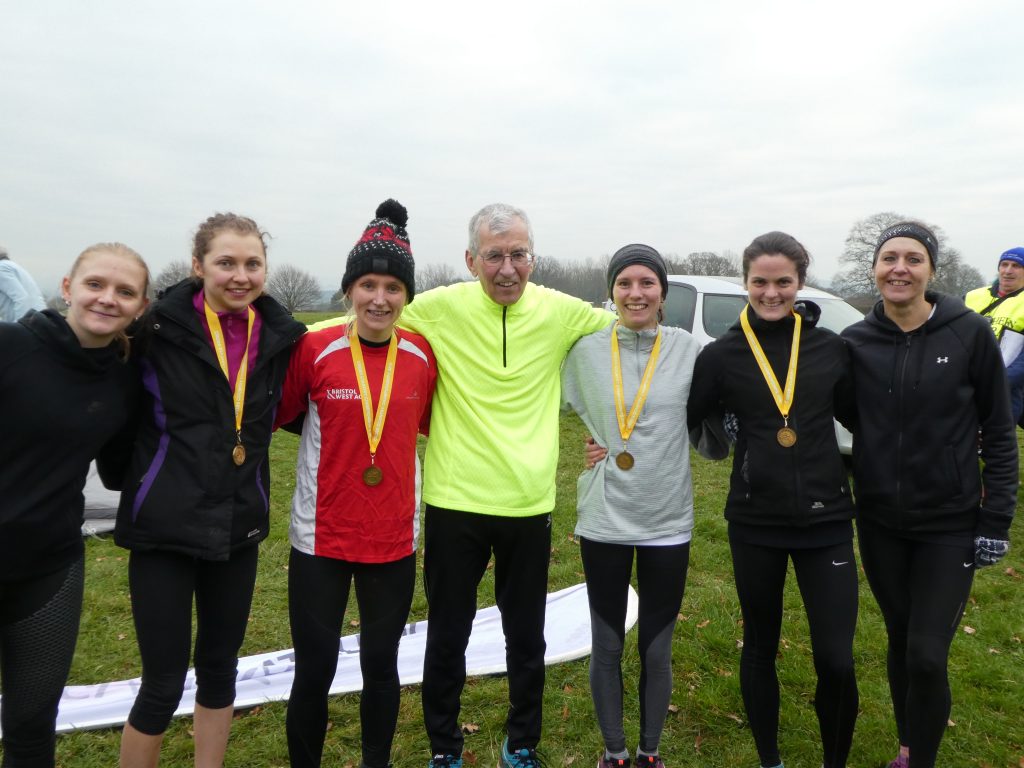 BRISTOL & West AC team manager Keith Brackstone has praised his runners for following the tactical plan to pull off a narrow victory in the senior women’s team competition at the South West Cross Country Championships yesterday.

While the men’s victory was clear from the early stages of the race as they packed the top 20 the women, who included Katrina Entwistle and Sorrell Walsh making their championship debuts,  were running a different race entirely.

Even at the finish line Brackstone wasn’t sure who had won and it was only when the women were called onto the victory podium was it finally confirmed that they had beaten Cornwall AC by 17 points.

Natalie Griffiths, who was third last year, led the challenge in sixth and was backed up by Catie O’Donoghue in 11th, Ellen Harrison in 20th and newcomer Entwistle 25th.

“The team followed a race plan of taking the first lap steadily and then pushing on through the second lap and the tactic worked as the team all moved through to pick up the places that made the difference between being winners and runners-up,” said Brackstone.