MIKE Wilsmore makes his international debut and Chris Stone is back on England duty as the Bristol & West AC pair take to the boards this weekend. 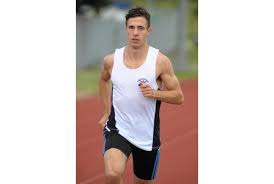 Middle distance runner Wilsmore (pictured left) admitted his called-up to represent England in the 1500m in Bratislava on Sunday was “unbelievable”.

“I am just over the moon,” said Wilsmore.

“I put myself forward for the match but never expected to get picked. I cannot describe how I felt when I heard, it was unbelievable.”

The 30-year-old physiotherapist, who is based in Plymouth and is coached by Graham Riley, 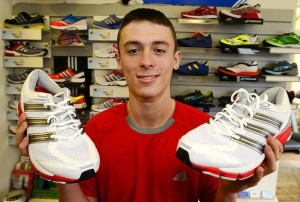 caught the eye of the selectors after making an impressive start to the season in which he has already won the South of England title and set an indoors PB of 3:48.86.

Stone (pictured right) is set to run the 200 in Vienna tomorrow night (Saturday) and will be hoping to better his performance on the same track last year when he clocked an indoor PB of 21.22secs.