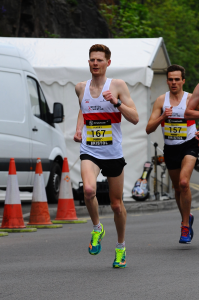 BRISTOL & West AC coach Mike Down is predicting a fierce night of racing in the fourth edition of the 2019/20 Weston Prom 5 miles road series this evening.

“All our main men from my group will be there so sparks could fly!” said Down.

“Harry Allen, Kurt Taylor, Jed Bartlett and recent signing Alex Male from Taunton AC will all be heading to Weston plus two other lads who regularly train with us, Jon Thewlis (Notts AC) and Alex Crossland (Highgate Harriers).

“Unfortunately the weather forecast suggests it could be pretty windy so conditions won’t be ideal but it could be one hell of a race.”

Thewlis, who ran a lifetime best of 24mins 35secs in Huncote this summer, will probably start favourite but Crossland impressed in the November race clocking a PB of 25mins 41secs to finish runner-up behind Swindon Harrier Ben Cole (25:37).

Cole’s time was the quickest of this series, the 37th organised by Weston AC and once again supported by Easy Runner. 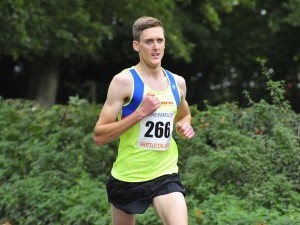 Bristol & West’s Maciej Bialogonski won the September race in 26:04 while Weston’s own Chris McMillan (pictured left) triumphed in October (26:20). The pair finished eighth and fourth respectively last month to underline the quality of that race.

Westbury Harriers’ Catherine Trebble was top woman in September (30:41) and October (30:24) but missed November which was won by Clevedon AC’s Charlotte Taylor-Green (28:51) by almost a minute from the B&W pair of Rosie Hattersley (29:49) and Natalie Griffiths (29:55).

Don’t be surprised if those times are beaten tonight but the strength of the wind will be a key factor.

The race HQ is at the Bay Cafe in the Tropicana, Marine Parade, BS23 1BE. Parking is available along Marine Parade at a cost of £1.50 after 6pm. Runners can still enter on the night.