ENYA Maylor has certainly made quite an impact since joining Team Bath AC in the autumn of last year. 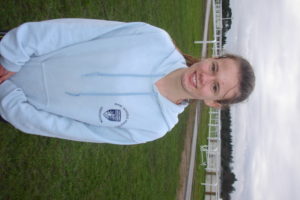 “I really surprised myself,” said Maylor.

“I came here today hoping to finish in the top ten so I did a lot better than I though and I am delighted to have won.”

She also led Team Bath to the silver team medal in the club competition with excellent support from Katie Robinson in 10th, Eleanor Webster 12th and India Ibbotson in 21st as they finished just three points behind champion’s Wimborne.

There was also a team medal for Team Bath’s Dan Jones. Jones (pictured below third from left) finished 24th in the senior men’s race and was the fifth and final counter in the victorious Avon team as they retained their men’s county team crown.

“I didn’t expect that and I am pleased with my run,” said Jones. “I could have just done with the course being a bit longer than 8.5k!” 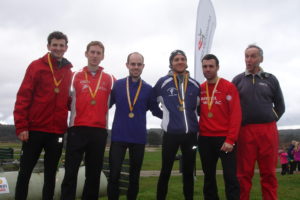 The other members of the team were overall winner Owain Jones, Jack Millar, Luke Evans (all Bristol & West AC) and Josh Davies of North Somerset AC.