WHO would be a team manager? Anyone who has done that role in local athletics, whether on the track, road or cross country, knows it can be a thankless task at times as athletes drop out through injury, illness or, occasionally, under duress from over-protective coaches.

It is a job that never ru 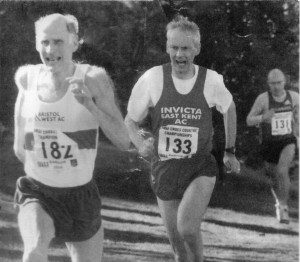 So spare a thought for Bristol & West AC UK Women’s League manager Chris Elson (pictured far left in action for the club), who had seen his squad put themselves into pole position for promotion going into the third and final Division One match in Manchester on Sunday.

“At the start of the week things were looking really good but it has been a nightmare today with athletes dropping out and now I can see us only finishing fourth,” said a weary Elson.

B&W have finished second in both matches so far so are joint top with Woodford Green with Essex Ladies on 14 league points though are marginally ahead on total match points, 426.5 to 408.

Mind you Elson’s problems, exacerbated by the holiday season and that end-of-season feeling, are likely to be shared by his fellow team managers so there is every chance that B&W’s rivals might be suffering similar problems going into the crunch final match that will determine who goes up into the Premier.

So all is definitely not lost!