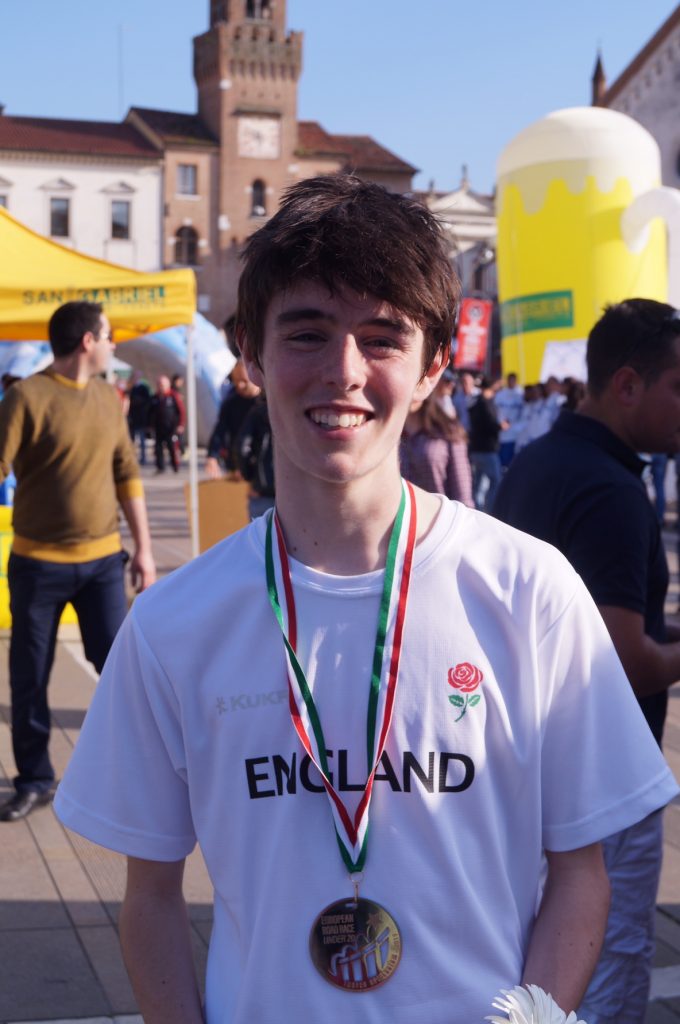 MAX Davis is on the comeback trail after recovering from an illness that has seriously dented his cross country hopes this winter.

When the Bath England international (pictured above) smashed the course record in the Clevedon road relays in September it looked like he was heading for a big winter in the junior ranks.

Sadly Davis, who is now a first year student studying sports and exercise science at Bath University, hasn’t raced since and is unlikely to line up for any serious competitive events until next year.

“Basically I had thyroid/hormonal problems which left me feeling really tired,” said Davis.

“I felt okay at the Clevedon relays but a few weeks after that everything started to feel like really hard work and I knew something just wasn’t quite right.

“I had blood tests which confirmed I had a problem and was told I needed complete rest. That has been hard, very hard but it is what I needed to do.”

The end of 2019 certainly stands in stark contrast to the rest of the year in which Davis was awarded his first England vest representing his country in a 10k race in Italy and then won his first national medal with a brilliant silver in the senior boys’ 3000m at the English Schools’ Championships.

“Max has had good medical advice and also spoken to nutritional expert Renee McGregor (a former Team Bath AC runner and based in Bath) and that has been very helpful,” said Davis’ coach Steve Williams.

Davis confirmed he is now feeling a lot better and looking forward to a fresh start in the new year.

“I think I should be back running again in the new few weeks and I am so looking forward to that,” added Davis.

“I’ll be back but I know I will have to be careful.”