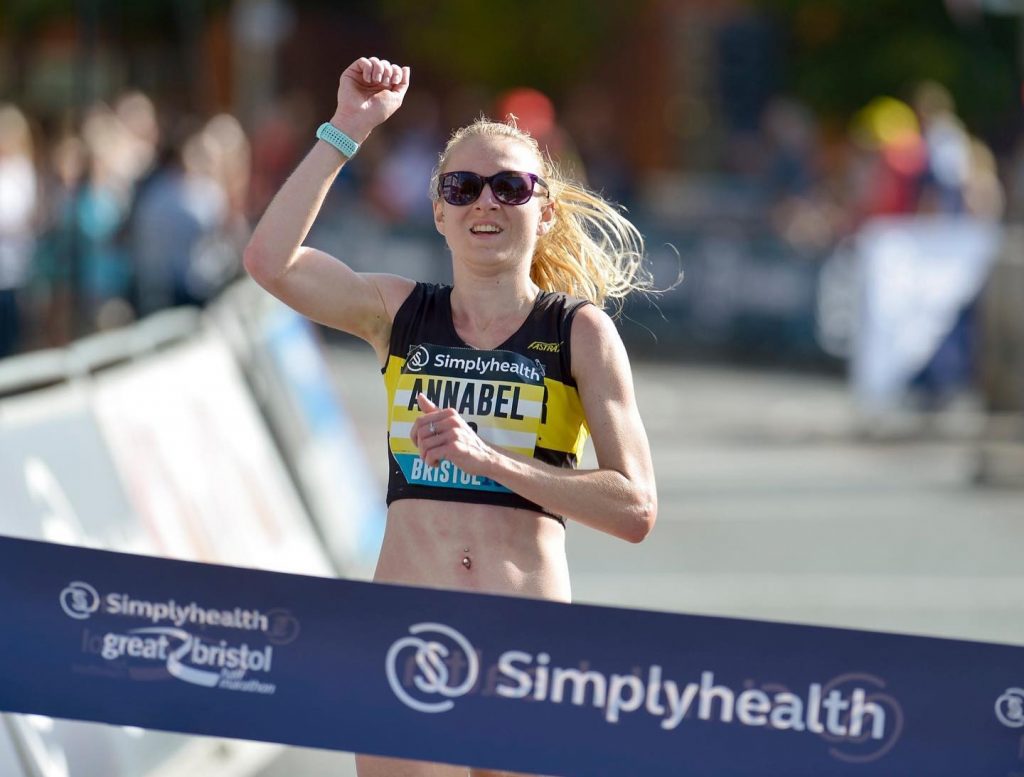 FORMER Great Britain international junior runner Annabel Gummow is an intriguing presence on the elite start line for the Bath Half Marathon on Sunday.

The 26-year-old former Bristol & West AC runner (pictured above) has been making a concerted comeback over the past year or so after finding it difficult to bridge the transition from outstanding junior to the senior ranks.

But this determined young Cornish woman is enjoying her running again and a personal best of 74mins 50secs to win the Watford half marathon just over a month ago was an encouraging sign.

Since then Gummow, who is now racing for Winchester AC as she lives in the area, has also won the Hillingdon half marathon and clocked a very respectable time of 2hrs 00mins 35secs for her debut over 20 miles.

That certainly makes Gummow one to watch on Sunday and her target time of 73 minutes looks within her reach on the fast, two-lap course as long as conditions are in her favour.

While Gummow is sure to be a contender the favourite on paper should be British senior international Tracy Barlow. The 34-year-old comes into the race, which she has done twice before, in terrific form having clocked a lifetime best of 72mins 12secs in the Barcelona half marathon last month.

Having won a GB vest in the marathon for both the World Championships in 2017 and the Europeans in 2018 Barlow is not only an experienced competitor but also a seasoned racer.

She also has the benefit of knowing the course intimately having finished runner-up just four years ago in a then PB of 72:24 and seventh in 2015.

That is a combination that could be irresistible on Sunday and may even see Barlow get close to her target time of 71 minutes.

Other women to look out for include Ipswich runner Helen Davies, who finished third in Bath eight years ago. She has since improved enormously culminating in her GB debut last year when she finished runner-up in the World 50k Championships GB 50k. In 2019 she also won the Brighton marathon in a PB of 2:34.06.

Stroud’s Rachel Felton might not be in the form that saw her finished runner-up in Bath last year and third in both 2017 and 2015 but she loves the course and will be pushing hard for a podium place again.

With the overseas presence having dwindled sharply in recent years the men’s race looks wide open. Fastest man in the field is Kenyan Linus Ruto with a personal best of 61mins 48secs set in South Africa two years ago.

But if the results of the Loop Den Haag half marathon, in Holland, last weekend are any guide then Ruto is well off that sort of form as the 25-year-old could only finish 47th in 68mins 56secs.