WESTBURY Harriers have enjoyed some golden times in the Gwent Cross Country League over the years and the performances of the young athletes girls’ section certainly deserve huge recognition.

The youngsters turned out in force for the fifth and final match at Blaise Castle, which was very much a home match as it was organised by the Harriers and ensured terrific support around the course.

Needless to say the girls didn’t disappoint and came away with a bucket load of medals, much to the delight of team manager Jason Michael.

“This is the best league season for the girls in five years,” said a proud Michael. 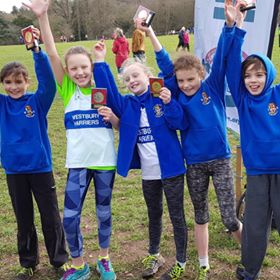 “To have all age groups finish in the medals, including two team champions and three individual champions makes me very happy and proud of every one of them.

“We have a really strong, large group of girls with 15 finishing in the top 10 at Blaise, which bodes well for the coming years.”

The novice girls’ got the day off to an exciting start with Westbury saw packing five girls in the top 12 in a field of almost 100.

Leading the team home for her second victory of the season was Estelle Lowe and her victory over her close Swansea rival, who finished runner-up, meant Lowe clinched the individual title by just one point. 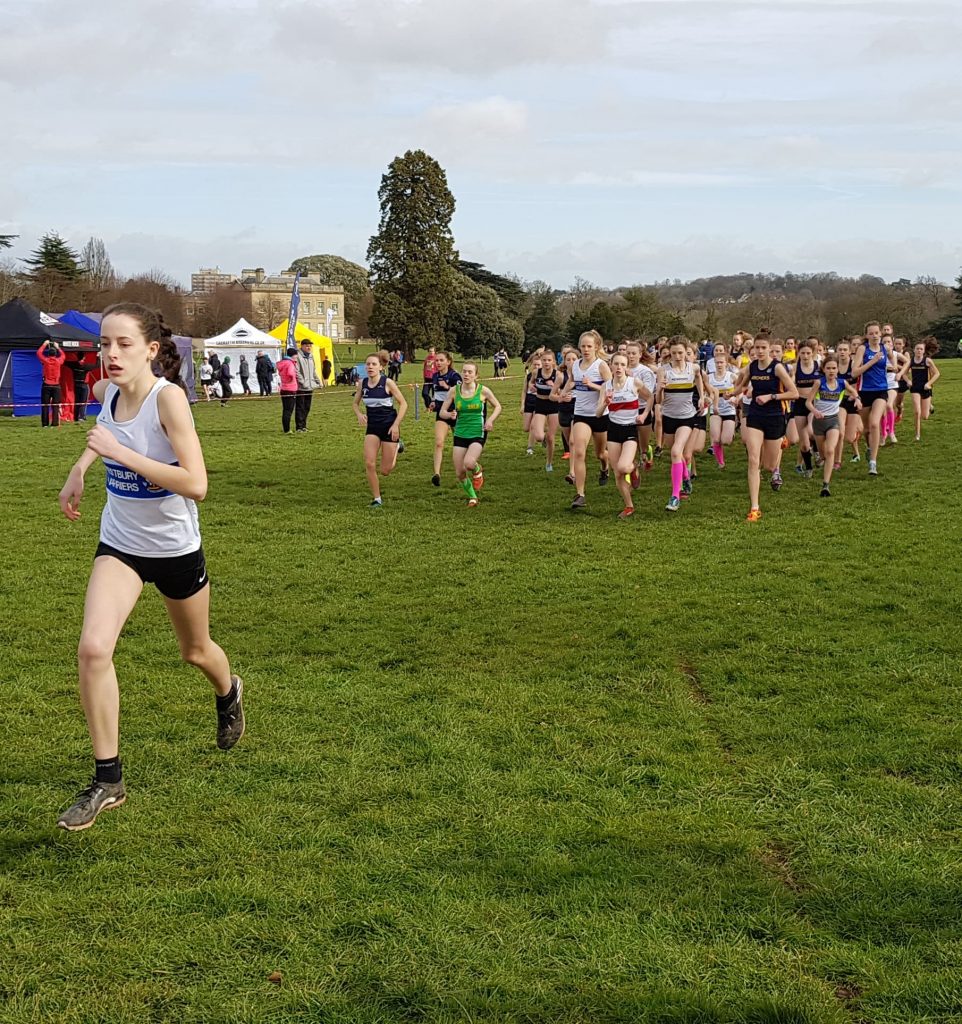 The under 13 girls’ race was all about the battle for third spot between local rivals Westbury and North Somerset and with the latter taking a 19 point lead over Westbury into the final race it was going to be a tough ask.

But for the first time this season Westbury had a full strength squad of 15 girls on the start line and although North Somerset had their four scorers in the top 21 Westbury, led home by Charlotte Warren in third, packed their four scorers inside the top seven, with Laura Chance fourth, Evie Turner fifth and Clemmie Lee seventh.

Much to the delight of the Westbury camp that ensured saw the Harriers clinched third spot by just nine points.

In the under 15s Dalis Jones (pictured bottom leading the race) secured her third Gwent League title in as many years when she finished fifth and with Amelia Honor seventh, Kate Howard eighth – so overall runner up – and Eva Ward 35th, the Westbury girls finished the season in runners up spot behind Cardiff Archers.

That ensured the Westbury girls were comfortable league winners over Cardiff and capped a brilliant day for the young athletes’ section.