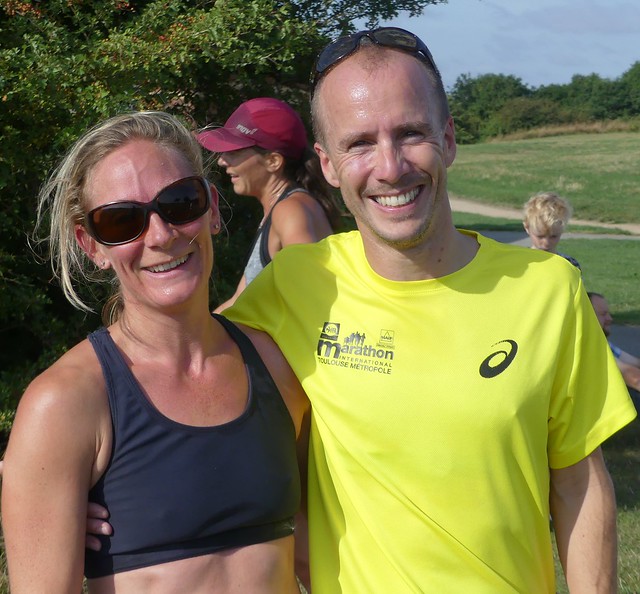 This blog has not written those words for a long time so it is much kudos to the Westbury Harrier for claiming the title incorporated into the Oldbury 10 miles road race on Sunday.

According to the Power of 10 website Ellis’ time was his debut at the distance, which may surprise many who recall him running 2hrs 28mins 48secs for a marathon back in 2011 at the Amsterdam event.

Ellis also boats impressive PBs of 15:16 for 5k and 31:15 for 10k and he was a regular performer for Westbury until work commitments took him to France.

This year Ellis has joined the over 40 veteran ranks and is clearly good enough to be a major force within that age group – if he chooses.

Leading woman at Oldbury was Weston AC’s Susan Duncan (63:48), carving over a minute off her best set last year in the Great South Run in Southsea, with Westbury’s Vicky Tester second (66:42) and Kelly Dicks of Great Western Runners third (66:46).

Westbury’s Sophie Voller was fourth woman and first veteran over 40 (67:00). There were 387 finishers.