The 37-year-old former Westbury Harrier (pictured below on the right), who has long been based in Cardiff where he also coaches a big group of athletes, clocked 3m 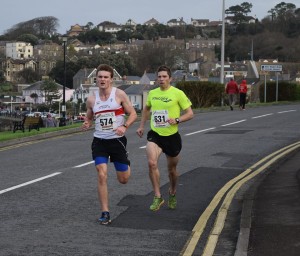 “Last night I raced for the first time in two years over 1500m, having paced a few in between,” sid Thie.

“Really enjoyed going up against my two biggest competitors: Myself & Old Father Time!

“Not earth shattering and not in the league of  (Anthony) Whiteman, (Bernard) Laget or (Kim) Collins, but it’s a start!”