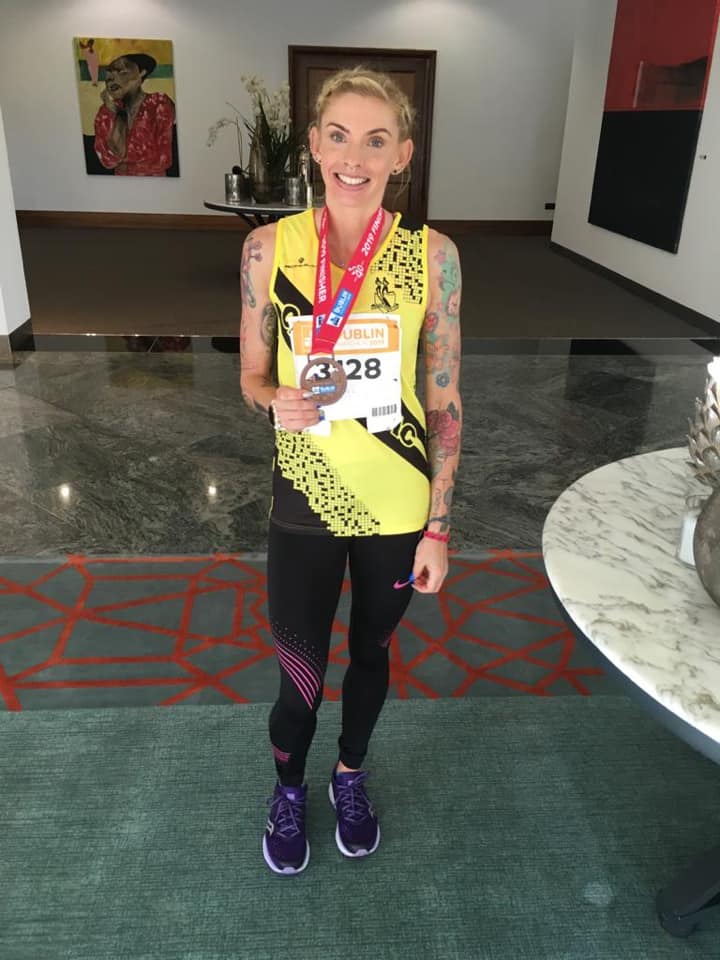 CHARLOTTE Taylor-Green is delighted to have proved the sceptics wrong having confirmed that her future now lies on the road.

A time of 2hrs 36mins 54secs on her first serious attempt at the marathon in Dublin on Sunday was an emphatic statement of intent from Taylor-Green, who in recent years has focussed her energies on the track.

The 34-year-old was delighted with that performance as she returned to the distance for the first time in seven years when, as a raw newcomer to the sport, she clocked 3:20.28 in London.

“Doing the London marathon actually got me into running so it was nice to get back to the event and I really enjoyed it,” said Taylor-Green.

“I am very happy with my time because I thought I was capable of running anything between 2hrs 32mins and 2:45. In fact, a lot of people were telling me that I would run around 2:46 so it is nice to prove them wrong!”

Taylor-Green opted for six-minutes mile pace to ease her way into the race and that was clearly the right approach as she continued to feel strong deep into the race.

“Even at 18 miles I was still smiling!” added Taylor-Green.

“It is a good starting point and ultimately I would love to break 2hrs 30mins. It might never happen but I’ll definitely try and keep improving steadily.”

Taylor-Green, who confirmed her decision to leave Bristol & West AC to join her home town club Clevedon AC, said she will look at racing another marathon in 2020 but is remaining open-minded on which one.

“I’ll look at a spring marathon but I am not sure about London,” said Taylor-Green. “I wouldn’t want to be on the elite start line for women and would opt for the championship start (mixed men and women) but we’ll see. There are also other marathons around.”

And with a 2:36 to her name any organiser worth their salt would love to have her on the start line.