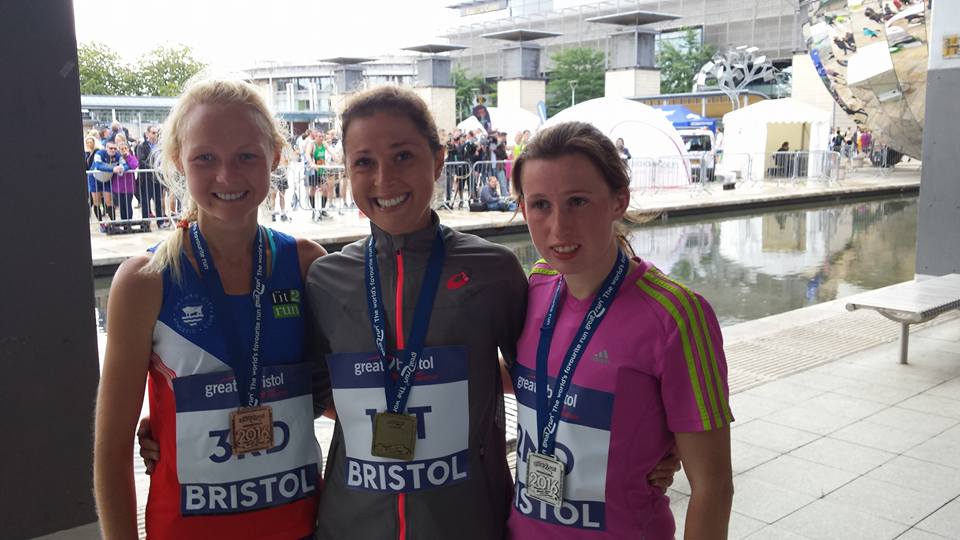 Champion: Jenny Spink, pictured centre when winning the Bristol half marathon a few years ago

IN only her second race of 2019 Jenny Spink raced to a superb victory in the ASICS Manchester marathon today.

The Bristol & West AC runner not only claimed a notable victory but also clocked a personal best and course record with a time of 2hrs 35mins 19secs.

That mark shaved 38 seconds off her previous best of 2:35.57 which she ran four years ago in the Toronto marathon and immediately lifted her to second in the UK Rankings.

It was Spink’s second marathon in four months having finished third in the Valencia marathon at the start of December last year in a time of 2:36.54.

A well-earned rest followed that outing and Spink’s next race wasn’t until February 24 when she finished runner-up in the Granollers half marathon in 74:24.

To complete a memorable day for the West Country Aaron Richmond of Devon club  Bideford AC won the men’s race in a time of 2:21.34, which was a personal best by almost two minutes.