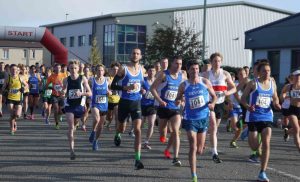 THE Gloucester 10k on Sunday looks like ending up as one of the best in the West Country this year.

With the event incorporating the South West Inter-County Championships – although Avon were noticeably light on their representation – strong teams from Cornwall and Devon made the long trip up the M5 to take on the hosts and Wiltshire.

The stats certainly support the claim by organiser Norman Wilson that this was a top event with winner Pete Le Grice smashing his PB to finish inside 30 minutes while the top four broke 31 minutes with Wiltshire’s Simon Nott also clocking a PB in fourth. 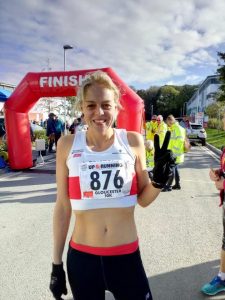 Apart from winner Le Grice Bristol & West also had Owain Jones in sixth (31:19) while Kate Maltby, returning to action after a quiet summer, was second woman.

Devon’s team manager Dave Phillips commented: “What an event – really fierce competition, but great sporting attitude, with all runners showing huge respect for each other.”

Emma Stepto, team manager for Cornwall, agreed with that sentiment and said the long trip was well worth it.

“All our athletes really benefited from taking part and from having higher level regional competition from very strong teams – and they thoroughly enjoyed it. We are delighted with the results and want to say congratulations to the other county teams.”

Maybe next year Avon and Somerset will join the party?