COUNTY teams from across the South West will be competing in two regional events this October – the Great West Run at Exeter and the City of Gloucester 10k.

“We consulted with all the county team managers across the region about what to include in this year’s Championship”, says Tony Gale from England Athletics South West Region.

“Everybody wanted to include a half marathon and a 10k – and we took a vote as to which actual events to select. One or two people were surprised to find that our chosen events are within a couple of weeks of each other, but others have commented that it will be a good opportunity to have a tight focus on inter-county competition during that time.”

The Championships are organised by England Athletics South West Regional Council as part of their remit to promote all aspects of athletics and running across the region.

“I’m very pleased to get notice out early on the chosen events for this year as it gives potential team members time to plan ahead,” says Devon manager Dave Phillips. 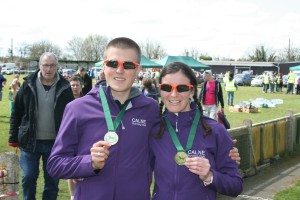 “A number of Devon runners have already expressed interest in participating.

“The Championships provide a great and much needed platform for the best road runners to compete not only against each other but also for their team,” said Nott.

“This fosters a great team spirit among our athletes.”

“The South West  Championships offer really valuable competition as they provide athletes with great inspiration to improve their running – aiming to be selected to run for their county and compete against the best in the region,” said Stepto.

“They also build a great deal of local pride, support and collaboration between the county’s clubs. I can see this competition gaining huge momentum each year and am so pleased we have a wealth of talent in Cornwall interested in taking part.”