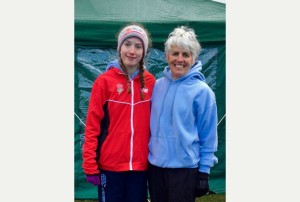 THERE is an excellent Facebook group called ‘I Was, Or Am A Runner’, which not only tackles contemporary issues but loves to delve into the past and relive old glories.

Pat, right, with one of her athletes, Hannah Hobbs

So it was with great interest that I noted John Mather posting the front cover of an issue of Athletics Weekly dated February 7th 1987 with a front page reference to an interview with Westbury Harriers’ veteran Pat Gallagher, who had recently turned 40.

Mather kindly copied and pasted the interview, which had been done by legendary west country runner Nigel Gates, who had been helping to advice Pat.

Current Harrier runner Floren Scrafton spotted the article so I thought it would be good to share part of it here as I am sure there are many young runners who don’t realise just how good Pat was in her day. 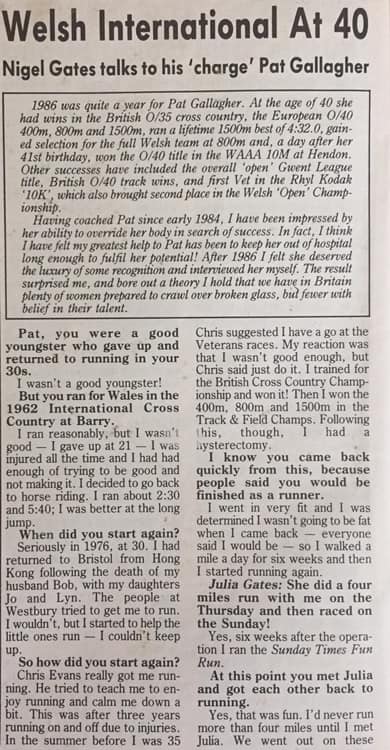 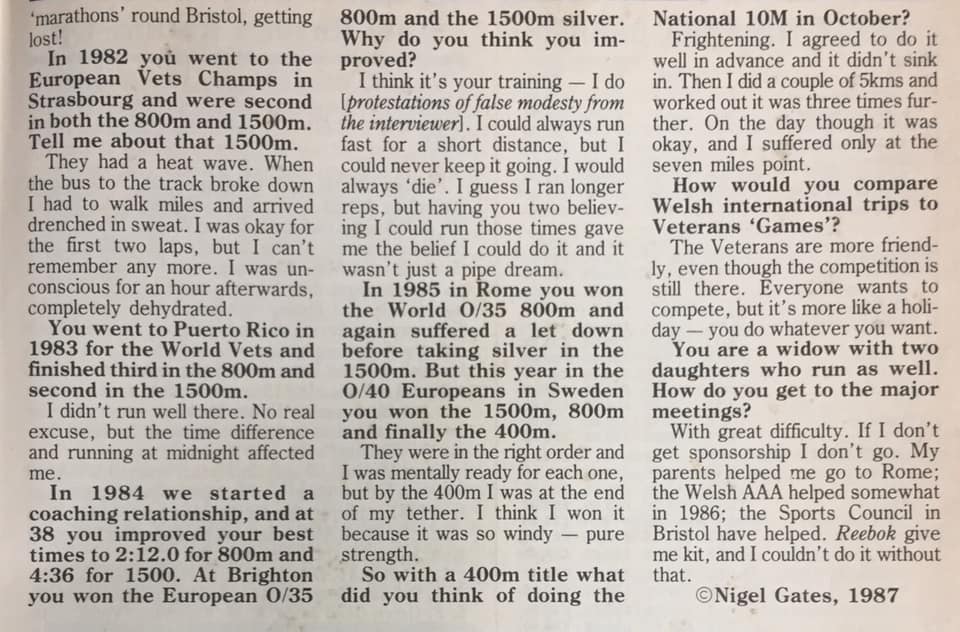