FOR a man about to tackle the toughest physical challenge of his life Jordan Frapwell sounds remarkably cool and composed.

One might think that the prospect of a 1.5 miles swim followed by a 56 miles bike ride and then finishing off with a half marathon in the heat of Bahrain would give Frapwell some cause for concern, maybe the slightest hint of anxiety.

But the Stroud-based Frapwell just can’t wait for the start gun on Saturday morning – 4am UK time – for his debut at the Half Ironman which he hopes will mark the beginning of his ambition to become a professional triathlete.

“I have trained well and I reckon I am in better shape than I have ever been,” said Frapwell.

“I have done some key sessions on the bike and in the pool and they were encouraging. Now hopefully things will go to plan on the day.” 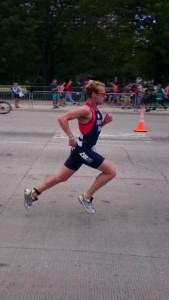 The Bahrain competition, which measures a grand total of 70.3 miles of muscle burning effort and concentration,  is a qualifying event for the 2016 World Championships so Frapwell is anticipating a top class line-up. But his goal isn’t to take on the top guys – not just yet anyway.

“The professionals will complete the distance is just under four hours while I will be looking at taking four-and-a-half hours,” added Frapwell.

“That would be a good benchmark for me on my debut though we will have to see how my body reacts to that sort of distance.”