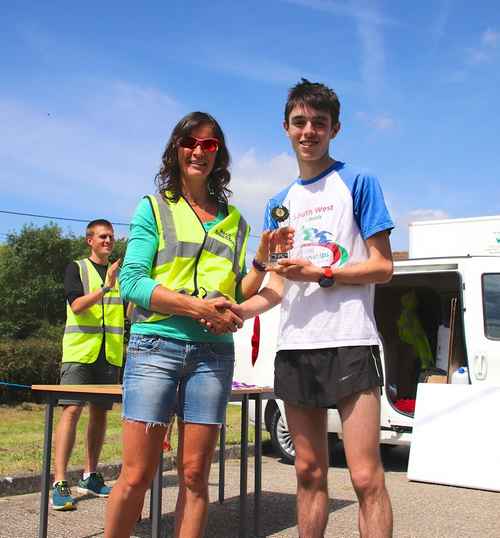 BATH runner Max Davis warmed up for his assault at the English Schools’ Championships by racing to an emphatic victory in the Compton Bassett 5 miles road race.

The 18-year-old Ralph Allen School student and member of Avon Valley Runners was in a class of his own as he completed the course in a club record time of 25mins 10secs, leaving him over two minutes clear of runner-up Simon Byrne of Swindon Harriers.

“It has been a busy week as I ran 4mins 18secs for the mile at Cheltenham on Wednesday and that equates to a personal best over 1500m as well,” said Davis.

“Simon led for the first kilometre on Sunday and then I took over and felt good. It is a very fast course with just one tiny hill and it was brilliantly organised with plenty of support out on the course which was great.”

From Team Bath AC it was great to see Zina Marchant in action placing 60th overall, 16th woman and first veteran over 65 in a time of 42:39.