TOM Merson broke the course record as he enjoyed a runaway victory in the Weston Hangover 10k road race today.

Showing no ill-effects of New Year’s Eve excess Merson (pictured below left) scorched to the line in a time of 30mins 50secs which left the Bristol & West A runner 2mins 30secs clear of the Newport pair of Abed Teweldebrhan in second and Matthew Edmonds third (33:46). 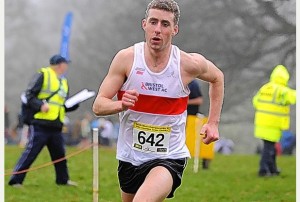 Merson, who had finished runner-up behind Richard Peters at the Clevedon 4 on Boxing Day, sliced 14 seconds off the our-year-old record of 31:04 set by clubmate Michael Johnson. 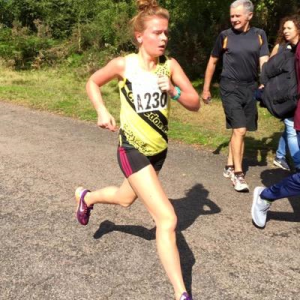 Jodie Withyman (pictured right) just edging out Alexander Cutts of South West Road Runners, with just four seconds separating the pair at the finish as they recorded times of 39:25 and 39:29 respectively.

Top veteran in fifth overall of the 237 finishers was Clevedon’s Luke Murray (34:39) with the over 50s prize going to Charles Le Bek of Southville Running Club (38:56).

The race was once again sponsored by Easy Runner.