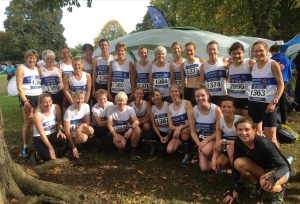 THE local women from Bristol & West AC and Westbury Harriers got the 2018/19 Gwent Cross Country League off to a flying start in Cardiff.

Led by winner Kate Reed B&W packed their top six runners inside the top 18 for a score of 1,476 points to claim first prize in the team competition.

With Floren Scrafton leading the charge in third Westbury weren’t far behind scoring 1,410 points while third place went to Swansea Harriers on 1,373.

Good to see Ellis back racing in the Westbury colours again after spending the last five years in France.

There was also a noteworthy performance from Kelly Dicks of Great Western Runners in 17th with clubmate Chloe Broughton just behind in 22nd.