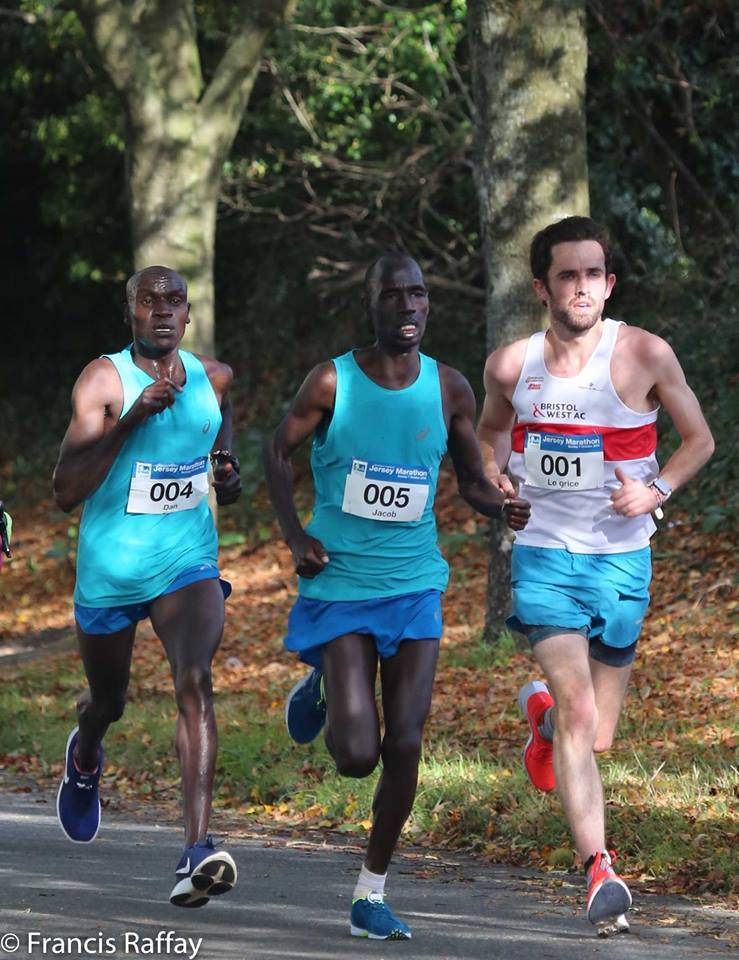 PETER Le Grice has started 2019 much as he ended last year – in superb fashion.

The Bristol & West AC runner (pictured above in action at the Jersey marathon) soared to the top of the South West Rankings with a personal best of 29mins 39secs in the Chichester 10k yesterday.

Le Grice, who lives in Cornwall, shaved four seconds off his previous best of 29:43, set when winning the Gloucester 10k in October last year, as he finished fifth in a good quality race.

Winner was William Mycroft of Enfield & Haringey in 29:32 with Crawley’s Paul Navesey just a second behind and Andy Maud of Clapham Chasers third in 29:37.

Fourth was Calum Johnson as he just held off Le Grice by a single second while two further runners also dipped inside 30 minutes on a perfect day for racing.

Gary O’Brien of Swindon Harriers as second veteran over 45 – and 43rd overall – in 33mins 29secs.