In her first race since winning the Bristol half marathon Jenny (pictured below left) faced a very strong field including eventual winner and two-times Olympic 10,000m champion Tirunesh Dibaba.

Dibaba was in a class of her own as she beat two other African runners for victory in a sizzling time of 51mins 49secs. Jenny battled in her normal manner to come in 10th overall, fifth Brit and first veteran over 35 in56mins 30secs.

Oddly it wasn’t a personal 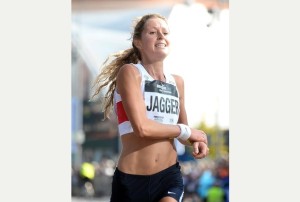 best as she ran quicker when winning the Wiltshire 10 in February, clocking 56:18 on that day in Melksham.

Just behind Jenny there was a terrific effort by another west veteran with the much-improved Ruth Barnes of Avon Valley Runner smashing her PB with 56:47 in 12th.

Leading west man in a terrific race, which was won by international Chris Thomson in 47:23, was former Bristol & West AC runner Phil Wylie (pictured below right). 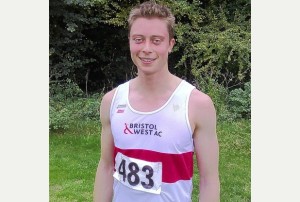