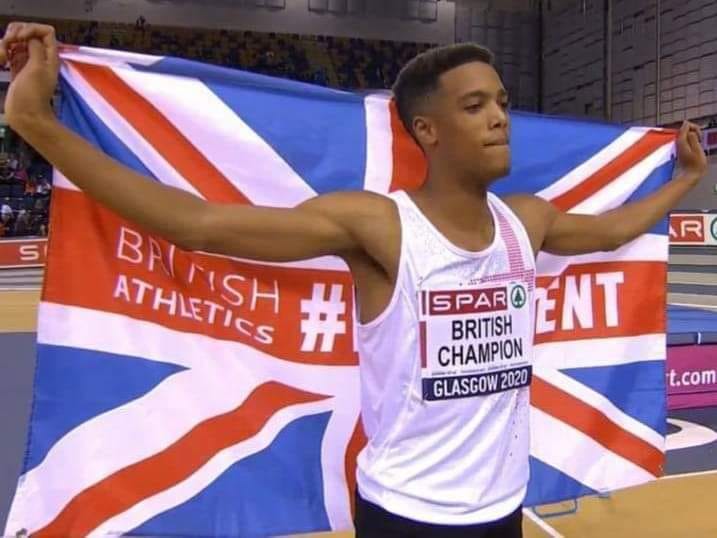 TOM Gale crowned an almost perfect indoor season by winning the British Senior Championships title for the first time in his career.

The 21-year-old Team Bath AC international high jumper (pictured above)  cleared 2.27m to win the gold medal in Glasgow to make it four wins from five competitions, an impressive run that also included a lifetime best and Olympic qualifying height of 2.33m which underlined his places as the UK’s number one high jumper.

“I’ve finally made it!” said a delighted Gale.

“It has taken me a few years to get there because I have had opportunities in the past but last year I was ill for the indoors and had injury problems during the summer.

“So, this year it is nice to come away as number one.”

In 2019 Gale won two bronzes at the national championships, which was the first time he had made the podium at senior level having previously notched up four titles at England level for the under 23 and under 20 age group categories.

But now Gale’s sights are set firmly on the prize of taking part in the Tokyo Olympics later this year and having already achieved the A qualifying standard set by British Athletics the signs are looking very encouraging as a sparkling indoor season comes to a close.

“I’m very satisfied with how this season has gone and I a very excited about the summer,” added Gale.