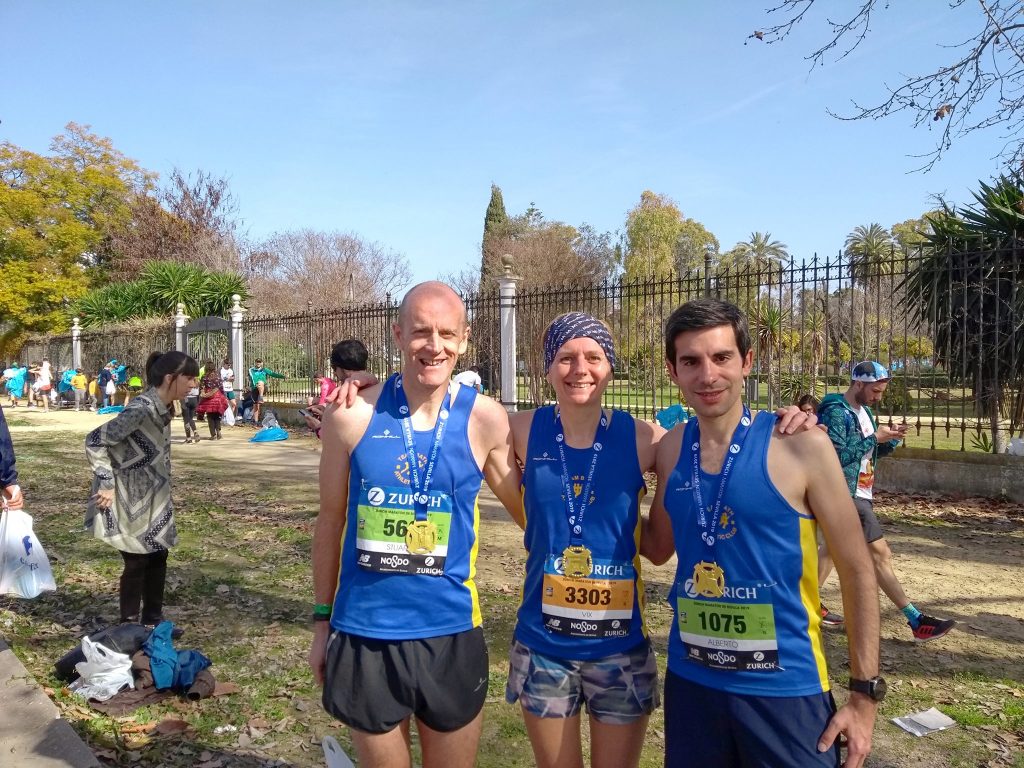 TEAM Bath’s Alberto Lapedriza opted for a trip to southern Spain to run the Seville marathon and was rewarded with a super personal best of 2hrs 58mins 17secs.

Lapedriza’s time, which saw him finish 636th, took him under the landmark barrier of three hours for the first time as he previous best stood at 3:11.49 recorded in London last year.

It was Lapedriza’s third marathon having clocked 3:18.36 on his debut in the short-lived Bristol to Bath marathon in 2015.

Behind him clubmate and over 45 veteran Stuart Henderson finished in 3:03.19 and Vicky Cooper recorded 3:25.52, just 47 seconds outside her PB.