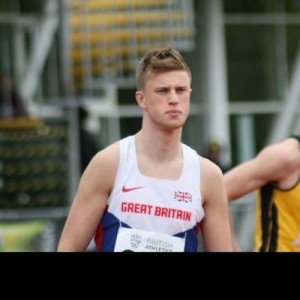 FREDDIE Owsley is in action tonight in the heats of the men’s 200m at the European Under 20 Championships in Sweden.

The Bristol & West athlete will line up in the first of three heats with the top two and the two fastest losers now going straight into the final.

Of the seven athletes running Owsley is the second quickest after his recent PB of 21.12secs. Only Even Meinseth of Norway has run quicker with 21.07secs but there also two quick sprinters from Germany and Italy.

Owsley’s heat is scheduled for 7pm and can be seen live on the championship website at: www.european-athletics.orgam