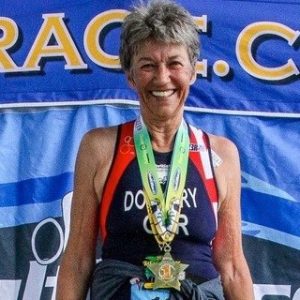 She is also the British Masters champion over 400m, an event in which she placed sixth in Malaga.

After the recent rain the cross country course in Swansea will be a different proposition entirely but one she is likely to take in her stride.

Also in the England team is Bath-based M55 runner Guy Woods while his brother Alec is a reserve in the M50 age group.

Also on the reserves bench are the Bristol & West pair of Sarah Everitt (W50) and Tony Roper (M55), both of whom are coached by Dave Taylor.