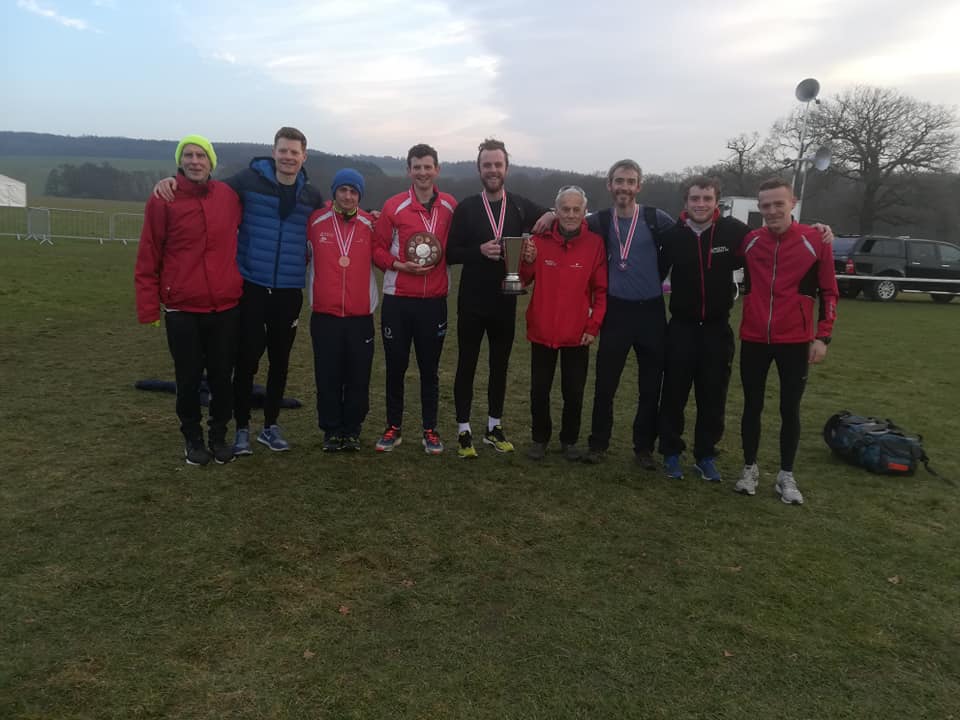 BRISTOL & West AC’s senior men made the podium for a second successive year as they finished third in the Saucony English National Cross Country Championships held at Harewood House, Leeds, on Saturday.

“It was very, very close and we actually didn’t think we had won a medal this time,” said team manager Mike Down.

Le Grice committed himself from the gun and kept his form well over a testing, hilly  course that was pretty fast underfoot to make the top 20 while Jack Millar, Will Christofi and Jarlath Mckenna also made the top fifty.

Josh Moody ran superbly for a career-best 84th and the scoring was completed by team captain Owain Jones, who despite being well below his best following a calf injury battled his way to the finish to score those vital final points to keep Bedford at bay. 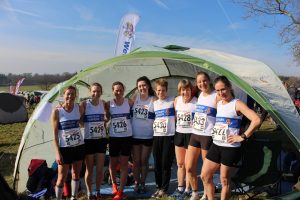 The club’s men also scooped the bronze medals in the nine-scoring runners category, with Leeds and Tonbridge again dominating and also won the Founders’ Cup as the highest placed club from those who first staged this awe-inspiring event in 1884.

The Westbury Harriers women (pictured above right) finished 33rd with Katie Hughes just missing out on a top 100 spot in 102nd.

Individually one of the finest performances of the day in the other races came from Westbury Harriers’ Ellie Hobbs, who is pictured below powerfully striding out by club official and photographer Neil Miller

Hobbs finished 16th in the under 17 women’s age group – and note that mum Maria was 558th in the senior women’s race! 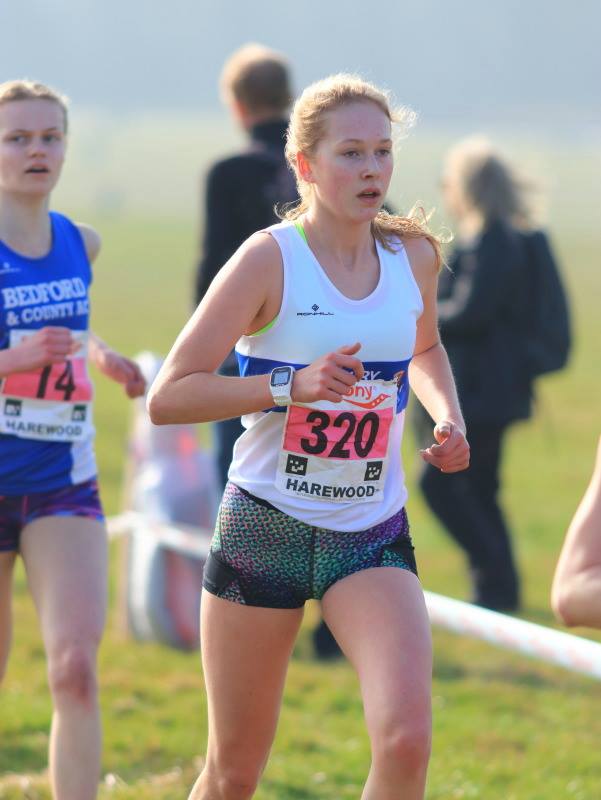 Behind Ellie in 36th there was a strong run by clubmate Rosie Hamilton-James.

There was a terrific performance by the young men from North Somerset AC in the Under 17s age group as the squad of Sam Gentry, Matthew Howard, Alfie Hocking and Ben Hamblin finished sixth.

Elsewhere from across the west country Exeter Harriers’ rookie Scarlet Livingstone was crowned under 13 girls’ champion and Taunton AC’s Joe Ponter was eighth in the under 15 boys’ race, in which Westbury’s Seamus Robinson was a highly creditable 24th.

GB junior international Grace Brock of Cornwall AC was third in the under 20 women’s race and Bath-based Max Davios, who competes for Avon Valley Runners, was 31st in the under 20 men’s age group.