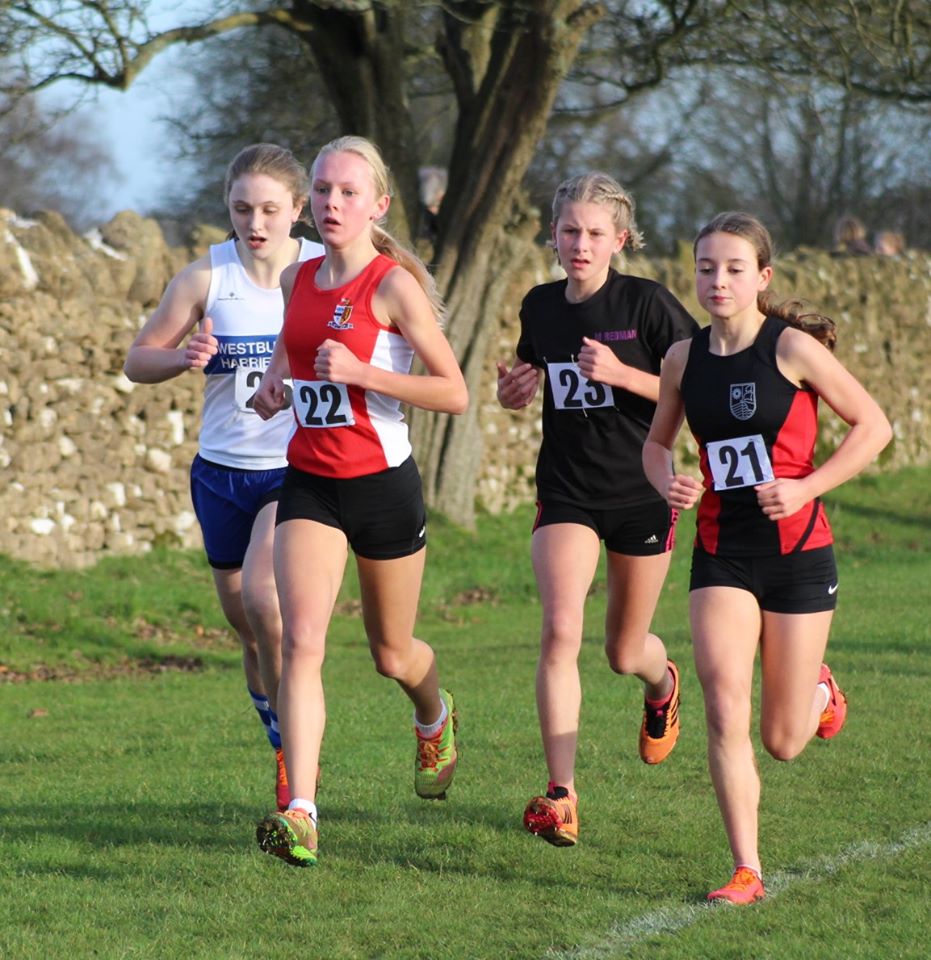 Pacesetter: Laura Chance (No 21) pictured above in the Avon Schools’ Cross Country Championships

The English Schools’ Cross County Championships at the weekend may yet prove to be the last big hurrah of the winter season as the lockdown from the coronavirus pandemic takes hold so full credit to the Avon athletes and management who made the trip to Liverpool.

They joined around 2,000 other top young runners for the event at Sefton Park, with enthusiastic support from coaches and parents cheering on the sidelines and participated in some fierce competition with some notable results.

“Against the backdrop of epidemic fears the event was notably good spirited, with participants and officials alike eager to be part of a positive and memorable event,” said team manager Neil Miller.

“Avon’s young athletes were all enthusiastic and helpful, and everyone gave their best on the day.”

Behind her there was solid support from Bath College student Freya Spruit, Beechen Cliff’s Amy Richards and Claudia Spice of QEH as they all finished in the 100. India Ibbotson (Bath College) and Lizzie Narbett (Kingswood) completed the scoring.

Along with Hamilton-James the other outstanding individual performance of the day came from Megan Hornung in the inter girls’ race.

Racing the national championships for only the second time the Clifton College student improved from 54th in the juniors last year to 17th as a first year inter so at that rate all being well she should be a top ten contender next year.

Among the boys Bath student Alex Parsons (Beechen Cliff) finished 28th in his first year as a senior while Writhlington School rookie Joe Markey was 27th in the junior boys’ race.