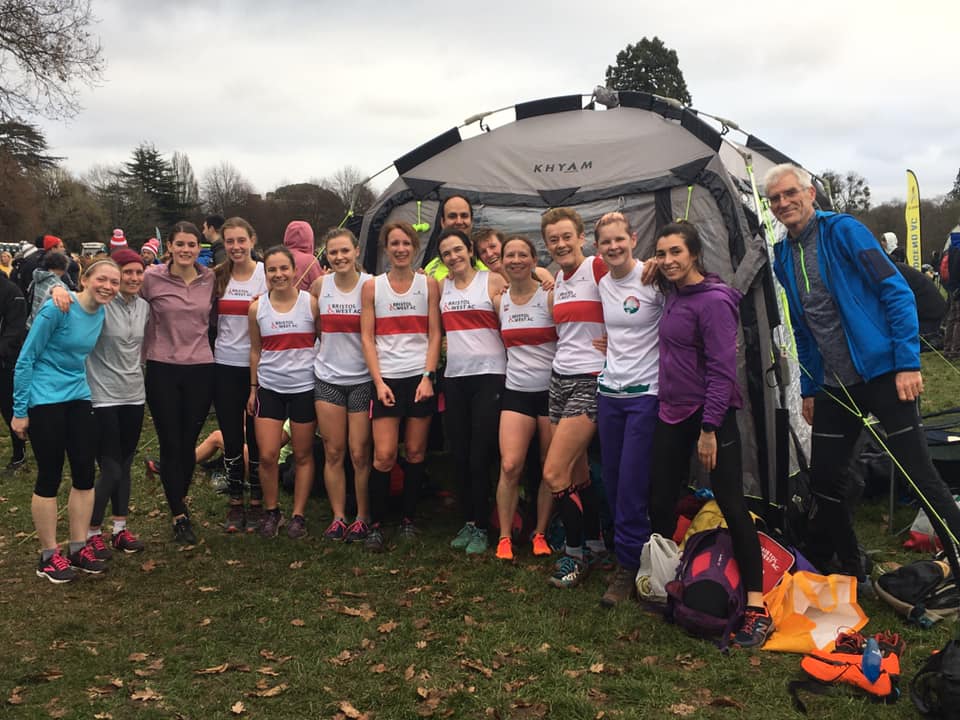 BRISTOL & West AC’s senior women have strengthened their grip on the team title in the Gwent Cross Country League.

The B&W girls (pictured above after Saturday’s event) clinched their second successive victory out of the three fixtures – Cardiff AAC won the opening match on home territory by 21 points – for a total points score of 4,981 that leaves them 248 clear of Swansea Harriers with the club’s B team now lying third overall on 4722.

Nicola Brookland might not race much these days, preferring the Parkrun circuit, but her sixth place showed her class while Rosie Hattersley impressed on her Gwent League debut to finish 10th.

Catie O’Donoghue (14th), A Carrol (15th) and A Duran-Mingo )19th) all made the top twenty to ensure a thumping victory for the club’s A squad.

Westbury Harriers’ leading woman was Lucy Richens in 22nd and a special mention for Jane Faram of Southville Running Club (pictured right)  for finishing seventh in what, according to the Power of 10, was also her first Gwent League outing.

Hopefully after that success it won’t be her last.

As for the overall individual standing with two fixtures remaining next February and March Benyon-Thomas leads the way with O’Donoghue the top local runner in fifth followed closely by her B&W clubmates Elaina Gard and Katrina Entwistle in sixth and seventh respectively.