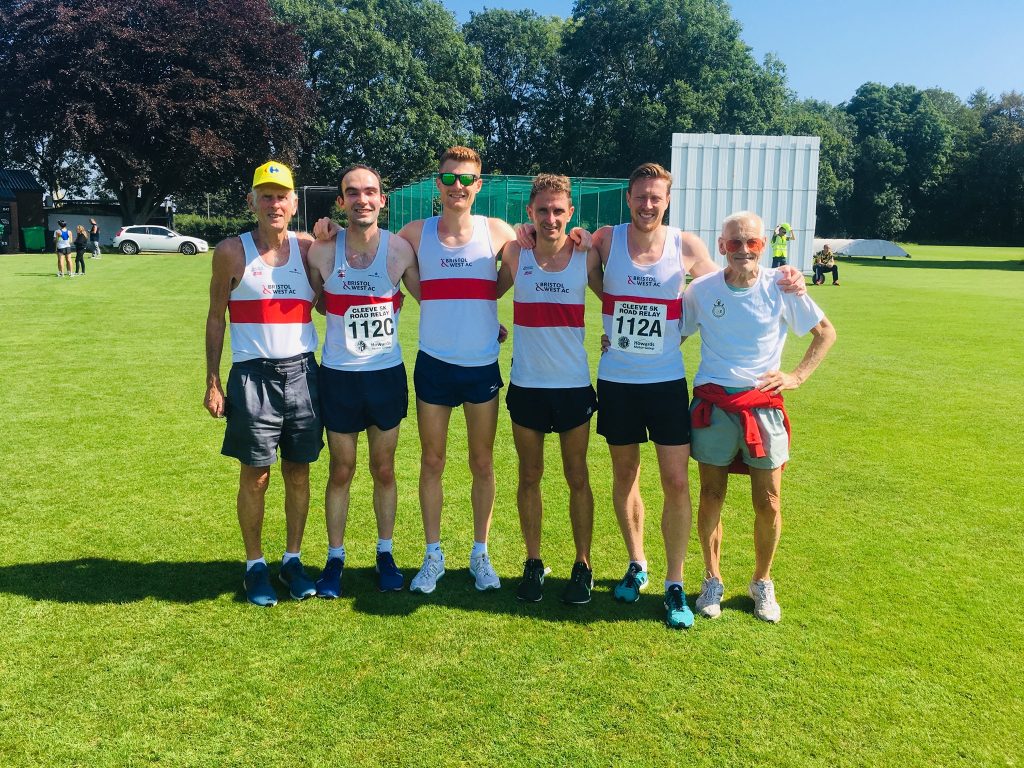 BRISTOL & West AC set a new course record when retaining their senior men’s title at the Cleeve 5K Festival of Running Road Relays over the weekend.

Allen, who broke the course record to win the Westbury 5k race last week, briefly held another record on Sunday as he clocked 15mins 10secs for the challenging circuit.

That carved 15 seconds off the record mark set by GB junior cross country international Luke Prior on stage one, which in turn shaved five seconds off Oliver Stone’s previous mark.

Allen’s time came on stage as he propelled Bristol & West into the lead and with Jack Bancroft also dipping inside Fox’s old time on stage three the race title was effectively wrapped up even before Andrew Chambers delivered another strong run on the fourth and final stage.

But the most sparkling performance of the day was yet to come as 18-year-old Max Davis (pictured below), who competes for Wiltshire club Avon Valley Runners and lives in Bath, tore around the course in a time of 14mins 48secs.

“Max’s time stunned everyone there,” said his coach Steve Williams. 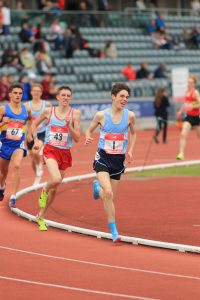 It certainly did and confirms that Davis, who won a silver medal for Avon in the senior boys’ 3000m at the English Schools’ Championships last month, is one of the most exciting young runners in the West Country.

While Davis delivered the best run of the day the biggest name in the event was undoubtedly GB international Gemma Steel.

Steel, who knows the event organiser Stuart Hancock, came down for a visit and agreed to appeared alongside the Bristol & West AC pair of Charlotte Taylor-Green and Rosie Hattersley – the club strangely failed to find a third runner to make a legitimate team to defend their title – in an All-Stars team racing as guests.

Not surprisingly the All-Stars finished first by almost three minutes with Steel easily the quickest runner of the day but the official South West title went to the Cornwall SC trio of Heidi Tregenza, Imogen Wood and Abbie Milnes so all credit to them for making the long trip north on a red-hot day.