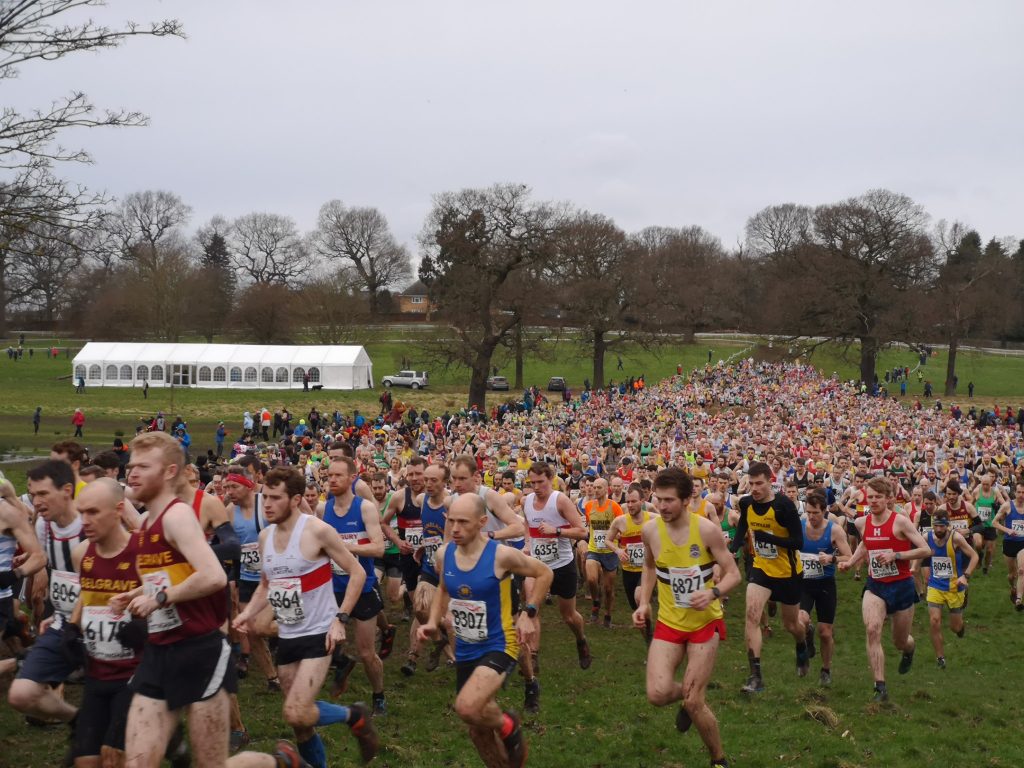 On their way: The mass start of the senior men’s race with Bristol & West’s Andrew Watt (6364) in the thick of the action

The six-strong squad thrived in the mud and heavy conditions at Woolaton Park, Nottingham, scoring a total of 297 points to secure third spot for the second time in two years.

Jack Millar led the way in the mud with an excellent 10th place while both Peter Le Grice and Callum Jones also made the top fifty.

The next three scorers ran superbly as a unit with Kurt Taylor 69th, Andrew Chambers 70th and Owain Chambers 72nd.

Intriguingly two the club’s best hopes of making the top 50, South West champion Felix McGrath and Will Christofi clearly didn’t enjoy the conditions and were well below expectations.

In addition, the club finished second in the nine-scoring team competition with Andrew Watt, Jed Bartlett and Josh Moody all finishing strongly.