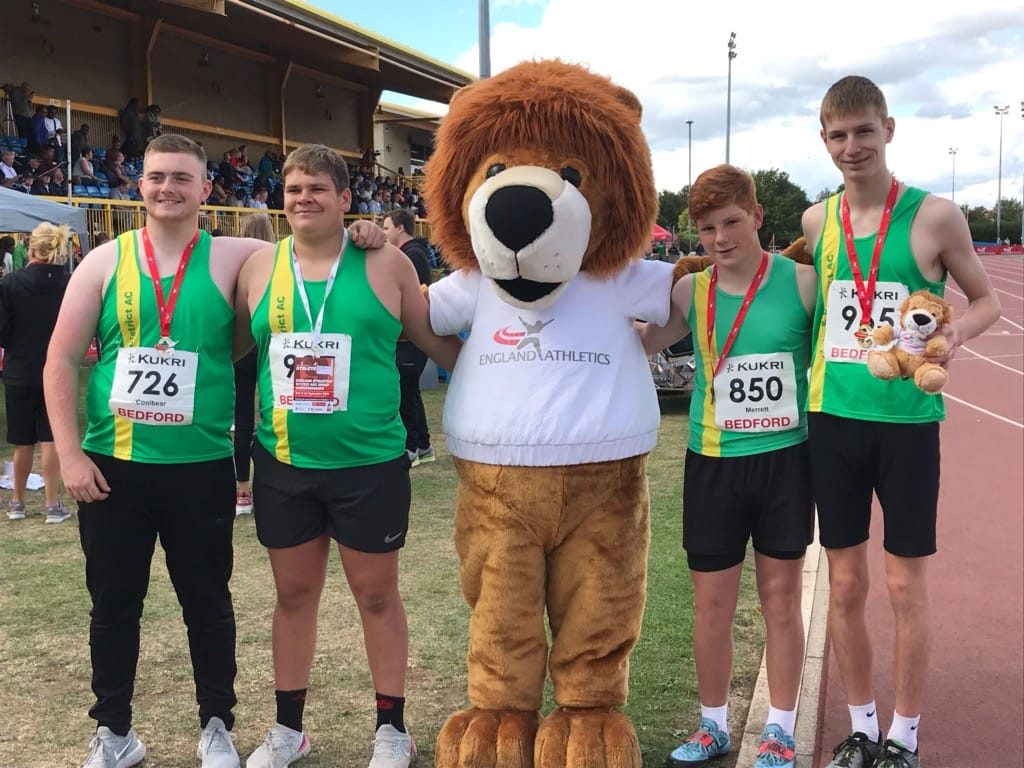 The 14-year-old from Thornbury won the England Athletics Under 15 Championships at the weekend, which brought his tally to seven titles in 2019.

The outdoors title at Bedford was added to his indoor success in Birmingham during the winter alongside the English, South West and Avon Schools’ junior boys’ titles and the Midland titles in and outdoors.

Furthermore, he improved his personal best by nine centimetres to 1.93m to leave him well clear at the top of the UK Rankings and he also broke the UK Youth Development League record.

“Winning the England Athletics title at the weekend was hard work as I was not jumping that well so to pull it off was very pleasing,” said Ball.

“But without doubt the highlight of the summer was winning the English Schools’ title. It is the biggest competition and that’s the one that meant the most to me.”

Ball wasn’t the only local athlete to finish on the podium at Bedford last weekend.

In the under 17 men’s hammer training partners and clubmates Toby Conibeare and Owen Merrett both won medals with the former taking silver and Merrett throwing a superb PB to claim an unexpected bronze.

“I wasn’t expecting that at all,” said 14-year-old Merrett, who is young enough to return next year and see if he can improve upon that.

A third Yate athlete, James Viner, finished eighth. All the throwers are coached by Matt Spicer.

For the full story on Ball’s success see coverage in the Bristol Post today.