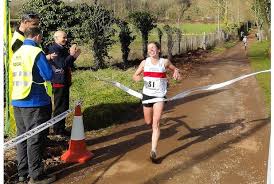 the Stroud half marathon yesterday.

The Bristol & West AC runner (pictured right) actually made it three wins in a row as she raced to victory in a time of 81mins 02secs, just 16 seconds ahead of fellow veteran Serane Stone of Tiverton Harriers. 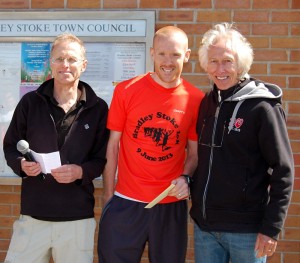 The men’s race was won by Cirencester AC’s David Bell with some ease as he finished 66 seconds clear of Stroud’s Alastair Cambell.

Bristol & West’s Andrew Cooke (pictured above in the centre) was seventh in 74:49 which clipped 11 seconds off his best set in Bristol last year.